Mieske: ‘I see where there is room for a chuckle’ 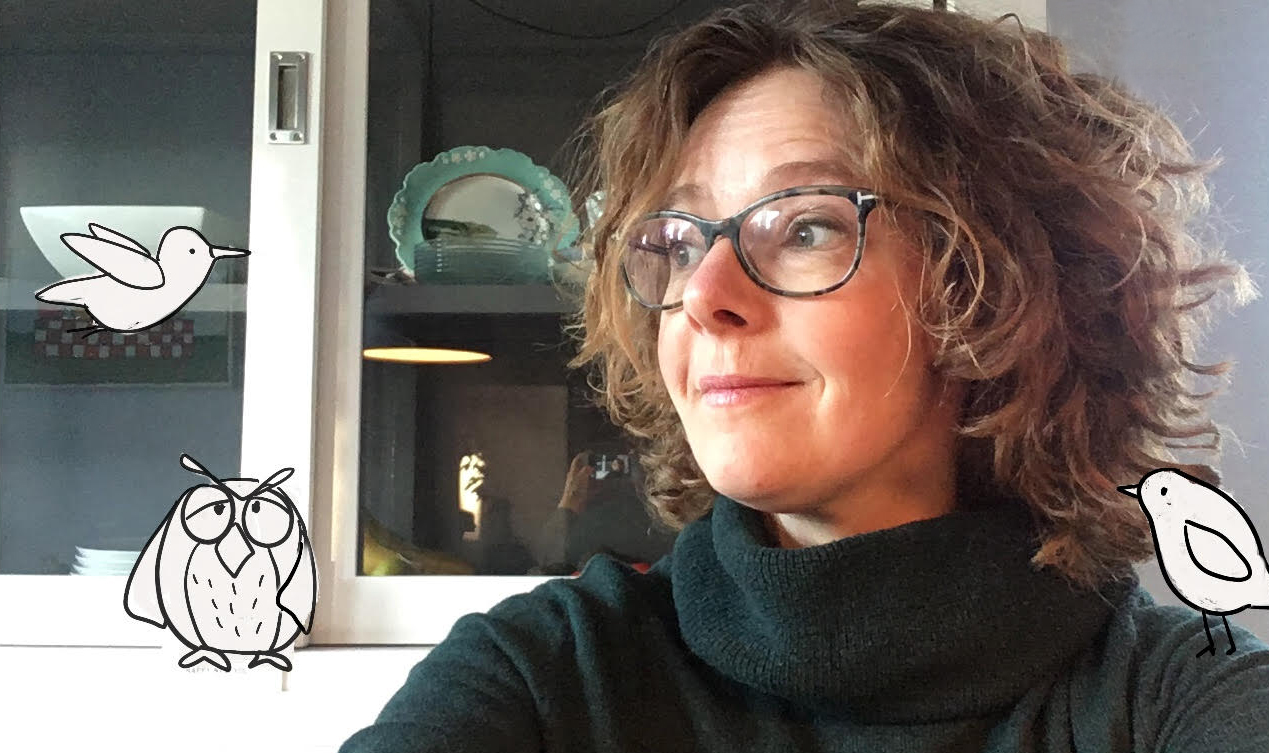 Role: Illustrator.
Working at B&S since: autumn 2016.
What do you like to draw most: ‘Birds. At the school where I work they call me Miss Chicken because I have a thing for chickens. And because my grandfather was a chicken farmer.”

Have you always wanted to be a whiteboard illustrator?

“I’ve always drawn, but it wasn’t until my daughters started school that it became more serious. At the time I thought illustrating for a magazine like Flow was the ultimate goal, but that’s not really my style. You have to have a lot of patience for it and actually I find it a bit mealy. The type of illustrations at Bord&Stift appeal to me, it is simple but effective. It really has a purpose, it has to convey a message. The project is multifaceted, it can be for a bank, for a care institution, a municipality. I like that variety. You dive into a topic for a moment.”

What is your process?

‘When the script is final, I will read, underline, and add questions. The copywriter already tries to make it as concrete as possible, but I often ask myself: what does this look like exactly? When it says “medication,” do they mean pills, or a syringe? Of course you want it to be right. Then I’m going to make sketches.

I look where there is room for something light, a chuckle. For example, in a movie an old lady has the leading role, but with a dog that secretly pees against a street pole. Also when I watch the videos of colleagues, I like it when there is something surprising in it.

It sounds like you can use your own creativity in it too.

‘That’s right. For example, I often think of a way in which I can let one scene flow into the next. I do that by leaving a part of scene 1 and using it in a different way in scene 2. As you can see below: the O in the sentence ‘zo maak je meisjes enthousiast voor techniek’ then becomes a circle drawn by a compass.

I try to do that from time to time with the logo as well. Recently, for example, there was a logo with a lighthouse in it. Subsequently, a number of ‘important matters’ were listed and drawn up. I let the lighthouse beam shine on it. That way a logo like that gets an extra purpose.

When I’m done with the test drawings, there is a storyboard with an average of about thirty illustrations. The client can then check whether everything is correct and whether the imagination conveys the message well.

Are you a full-time illustrator?

‘No, I’m also a teacher! I have been teaching at a primary school for fifteen years now. First for some time I taught 1st-3rd grade, now only the 3rd grade. I think that’s such a great age, the children are open-minded and honest. In that as well, I can use my creativity. When we have some time left, I say: Grab your drawing notebook! Then we draw a word we just learned or I let one of the kids choose something. If they say something like ‘Pokémon’, I Google what that looks like and then draw it step by step. Then you will see 25 different Pokémons appear: big, small, fat, thin, neat, sloppy, with something extra added such as a nice mohawk. The great thing is that no six-year-old says they can’t draw. It can be difficult, there is erasing, but there is also a lot of confidence in one’s own abilities.’

What is it like in corona time, now that children are at home for such a long time?

‘I talk with them in small groups, then we read together. I also made a number of videos for children who are bored at home. How do you draw a dragon? I always make some mistakes on purpose, it doesn’t have to be perfect. As long as you can put your creativity into it.

I think being a teacher alternated with drawing for Bord&Stift is an ideal combination. Working intensively with the children and then snuggling up in my warm cardigan for the rest of the day, with a cup of coffee behind the drawing board.’

Read also the interview with Marne:
‘I want a world where there is room for everyone’

Interested in having a video made?
Get in touch with us!