Philips, Booking.com, KLM and other clients give a 9.1 out of 10 rating based on 58 reviews

“We wanted to give our message more color” 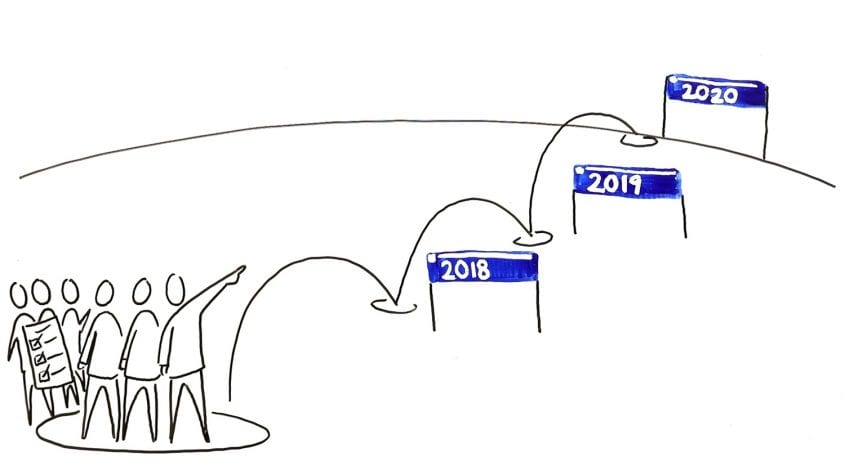 To communicate the vision and objective of their department, NS made a film with Bord&Stift. Charlotte spoke to Dieteke Wonink, secretary, and Els Lieben, improvement manager, about the process. Both are from the Engineering department.

What did you want to communicate?

“We’ve spent quite some time working on a new vision and objectives for the department. Once they were finished, we thought: how are we going to communicate this now, without it becoming a very dry story? How can we give it more color? Communication is a precondition for something to succeed, everyone at NS will agree. But there’s a big difference between departments in what is understood by good communication. One wants to communicate everything personally, another experiences that as overkill. The challenge is to find the right balance. We had already seen Bord&Stift films at NS before, we thought it would be nice. “

Why did you think a movie would fit well?

“A video tells itself, you are can get truly absorbed into a story.”

To what extent were you involved in the production process?

“Very involved. It takes time, such a process, to really determine what you actually want to say. The questions you asked us made us think even deeper about the core of our message. That has ensured that we can now tell the story more easily ourselves. It gave us a lot of energy and satisfaction. In retrospect, we thought it was a shame that we did not come to watch when the video was illustrated and recorded. “

Was there anything that surprised you during the process?

“What positively surprised me was brainstorming with B&S about the drawings! It was really nice that there was room to think creatively and do some drawing ourselves, and that you can now see things reflected in the video. “

What was it like to see your message in a video clip?

“We were very proud: look at what we came up with together! We also received very nice responses, people thought it was clever. In a survey on employee involvement, the score of “Do you have an idea of ​​the objective or vision of your department” turned out to have gone up! “

How did you use the video?

“We were showed it at a meeting where we presented our new vision and objective. Then with other groups and with new employees, and we shared it via email and on the employee site. “

Do you have a tip or something you want to give us for the future?

“The drawing process is super smooth, you don’t have to change anything about that anymore. As a tip for the text: it is nice if you come up with more suggestions, for example for a catchy title or a bouncer. They don’t have to be perfect at all, but it helps to start the thinking process. As for everything else, we really enjoyed it! “